Since the spirit world is without creation latter than the fall as a place for fallen spirits to abide, but the spirit world is part of the original creation, the ASCII decimal order of 0 through 127, specifies in the plan of salvation as creation; Bok-Hui (伏羲) form heaven (先天) ASCII decimal 0 through 63 and Earthly life; Myeong-Ching/King-Wen (名稱/文王) latter heaven (後天) decimal 64 through 127 and further specifics in the Universal Syphers™ 128 Corpus Classes. But due to the death caused by the human fall, the fall had to be dealt with before the proper or correct earthly life could fully manifest. 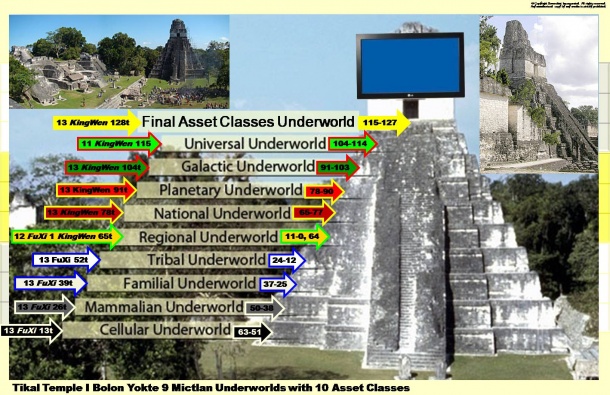 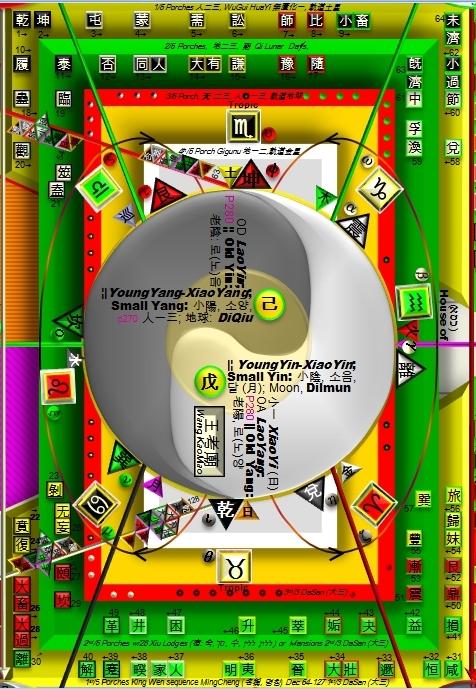 Energy-information is with "classifications" if specific to one of the three levels: Confidential, Secret, or Top Secret.

QNL 7 through QNL 19.19.19.19.19.19.19.19.17.19 comprises a 198 possible Corpus Classes or periods using vigesimal or the 20 base numeral system[1] for the context of the totality of cosmological evolution; the process of creation since the big bang and earlier through biological evolution and mental (spiritual) evolution up to AD 2012, December 20. But since Mayan computing uses the last 13 heavens or periods of each underworld making the first 7/20 times each of the 10 underworlds totaling 70 periods of non-kairos (קערות) subdue or without classification time periods is producing a total of 128 kairos (קערות) time periods or classification periods of assets under management (AUM), the precise equivalent of the 128 Gua (卦) specifying the 64/128 Pre-Heaven Corpus Classifications 64 LiuShiSiGua (六十四卦) divinations and 64/128 Post-Heaven Corpus Classifications 64 LiuShiSiGua (六十四卦) divinations of the I Ching (YiJing) which use the binary 2 base numeral system as with use in computer language.