Difference between revisions of "For The Galactic-Natural-Castle-City-Spring"

Mayanism (מעיא: MAIA; "sweeper") is the 9 step program of the culture of the Americas in which the process of the creation, the space-time continuum of the expanding universe must go through each evolving learning course, highway (מסלה), or terrace, to be graduating and subsuming the next course, highway or terrace until the 9 courses (מסלות), highways, or terraces [1](תרחות) conclude with the consummation of human history in AD 2012, having the process of creation with the process (מקץ) of time (ימימ) or multiplying the days (ירבו הימים), understanding as evolution going through each evolving learning step or terrace, graduating and subsuming the next step or terrace until the 9 steps conclude, analogous to the 9 grades of primary education. The 8th/9 steps, courses or terraces Biblically is analogous to the House of Baasha (בעשא); "in his work or cause," of the house of Issachar (יששכר), the 2nd/9 kings of the Northern Kingdom of Israel during the Period of the Divided Kingdom of Israel of North and South, the 2nd/9 Mictlan Nine Underworlds great track 1/9 of Shelah's Solar Ark of the Solar System of Sol.

8th/9 Terraces [1](תרחות) of the Tortuguero site Tikal Temple I pyramid (פיר-עמיד) monument 6 concerning Bolon Yokte is the development, evolution or process of creation of Information Technology which occurs on the galactic extent or scope macrocosmic stage measured in 13 Tuns (תען) is For The Galactic-Real-Castle-City-Spring consisting of 13 Heavens (תען: 天) content composed of 7 days and 6 nights for a total of 260 Haabs (העבים) and Uinals (עינאל). When evolution (JinHua: 進化, 진화); "progressing transformation, #'s 1-13 quantum shifts) harmonizes (He/Huo: 和) with the world of creation (#'s 1-9 Terraces: תרחות, tracks), it is called JinHuo (進和); "progressing harmony, peace or calmness" (#'s 1-13 birds of the day). JinHua (進化, 진화); the process of creation, evolution or the period of growth is in the indirect dominion position and the world of creation, the 9 terraces is in the direct dominion position. In the BuDoJi (符都誌) records there are 2 types[2] of the MaGo (麻故) castle. 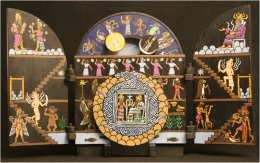 Temple of Enki and Hollow Earth

1st/2 types of castles is the virtual or imaginary castle HeoDalSeong (חדל; [command] "off or cease," 허달성: 虛逹城, Hao-Da-Cheng); "empty, vacant, void [3](המנע) or hollow reach or come to castle city" or more simply the "virtual castle area," with 13 floors with indirect dominion, JinHua (進化, 진화). These 13 floors; "7 days and 6 nights" through the process of time [4](ירבו הימימ); "multiplies days" are the 13 heavens of Mayanism. Specific to the Aztec mythology the 13 heavens fill the head of Cipactli the Aztec monster goddess of creation symbolizing with the 2nd/20 Kin-days Imix (עמיק) and similar to the Sumerian goddess of creation Tiamat. In the ancient Mesoamerican universe of sacre time, every period of the 13 Heavens is with ruling by a special god, deity (דעתי; "concept or knowledge") or energy with specific qualities of Aztec time of the lords of the day.[5]

2nd/2 types of castles is the real castle Sil-Dal-Seong (실달성: 實逹城, Sil-Dal-Seong); "real (宀; roof + 周; full circumference + 貝; treasure) reach or arrive at (逹) castle city (城) or more simply the "real castle area," with 9 floors or terraces (Mictlan's Nine Underworlds) with direct dominion, the world of creation For The Galactic-Real-Castle-City-Spring is the 8th/9 floors or terraces. The real castle area Sil-Dal-Seong is represented by the structure called Bolon Yokte; the Mayan "9 (九天) heavens or underworlds" of creation.[6] Sil-Dal-Seong (實逹城) through Hao (虛); "empty or (relatively) hollow" space between the planets is the source of the hollow earth or AB.ZU inner-space hypothesis which in Heaven's Code equates to TianGong[7] (天宮, 천궁); "heaven's dwelling or temple palace" of the 3 stories of the ark of the solar system.

The virtual or imaginary castle Hao-Da-Cheng (虛逹城) and the real castle Sil-Dal-Seong (實逹城) are also considered as earthly creations of MaGo (麻故). This is similar to the concept of Paul Dirac’s Dirac equation that led to the discovery of antimatter (形狀: HyungSung, היענג-שענג, XingZhuang). In particle physics and quantum chemistry, antimatter is the extension of the concept of the antiparticle to matter (性相: SungSang, XingXiang), where antimatter (virtual castle) is composed of antiparticles (13 floors) in the same way that normal matter (real castle) is composed of particles (9 floors).

J.C.R. Licklider, the first director of the Information Processing Techniques Office (IPTO) at The Pentagon's ARPA, used the term in the early 1960s to specifying a networking system with imaging as an electronic commons open to all, the main and core medium of formational co-interaction for governments, institutions, corporations, and individuals.’” An office memorandum sent to colleagues in 1963 is with the title to "members and affiliates of the Intergalactic Computer Network" As head of IPTO from 1962 to 1964, “Licklider initiated three of the most crucial developments of information technology: the creation of computer science compartments at several major universities, time-sharing, and networking.”

By the late 1960s, his promotion of the concept had inspired a primitive version of his vision called ARPANET, which expanded into a network of networks in the 1970s that became the Internet 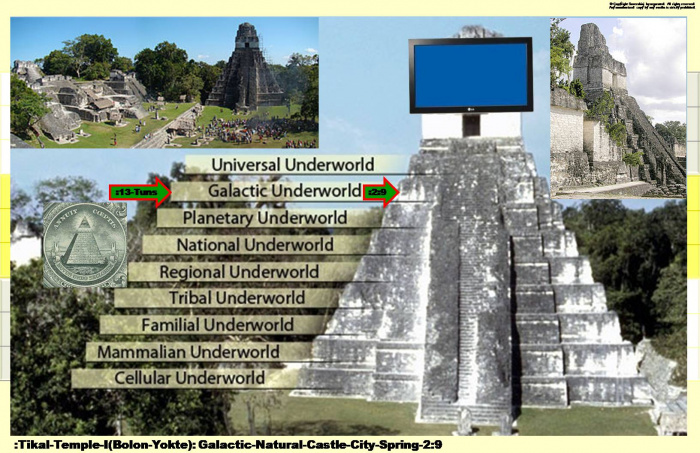 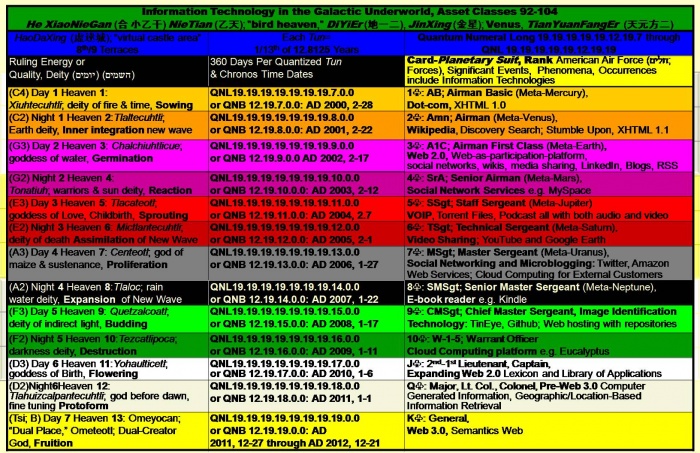 Each of the 13 quantum shifts origin with Music Theory are pitches; semitones above or below other semitones with the same size of 100 cents, the notes of a 12-tone equal-temperament chromatic scale: C-C#/Db-D-D#/Eb-E-F-F#/Gb-G-G#/Ab-A-A#/Bb-B-C. This creates a linear pitch space where octaves; ratio of 2:1, have size 12, semitones; ratio of 21/12, the distance between adjacent keys on the piano keyboard, have size 1, and middle C (C5) assigned the number 60 with the mapping of pitch to real numbers defined forms the basis of the MIDI Tuning Standard using the real note numbers of 0 to 127 to represent the pitches C0 to G10 where C is 60, causing For The Galactic-Real-Castle-City-Spring real note numbers 84-95/127 pitch class of octave (אחתוה) C7.

Chung YenKyu, Ancient Korea and the Dawn of Human History in the Pamirs, (2007) Publisher JiMoonDang